In light of the recent developments in the House probe on the alleged illegal drug trade in the New Bilibid Prison (NBP), where drug money was allegedly given to Sen. Leila De Lima for protection, Ako Bicol Party List Representative and Deputy House Minority Leader Alfredo A. Garbin Jr. appeared in a live interview segment of “The Source” on CNN Philippines, hosted by the seasoned anchor and correspondent Pinky Webb, to talk about the implications of Mr. Ronie Dayan’s recent testimonies during the cross-examination.

Ms. Pinky Webb emphasized that she appreciated when Rep. Garbin pointed out the inconsistencies of the statements made by Dayan and Espinosa.

Rep. Garbin said, “While it is important to look at all sides of the stories, we should not delve into the alleged love affair of the Senator and Mr. Dayan, as the issue is a sensationalized national concern that must be given utmost objectivity”. “This House investigation will end soon, but we will continue to exhaust all the means to stop the proliferation of drug syndicates in the Bilibid, and finally give a resolution against the drug menace in the country”, he added. 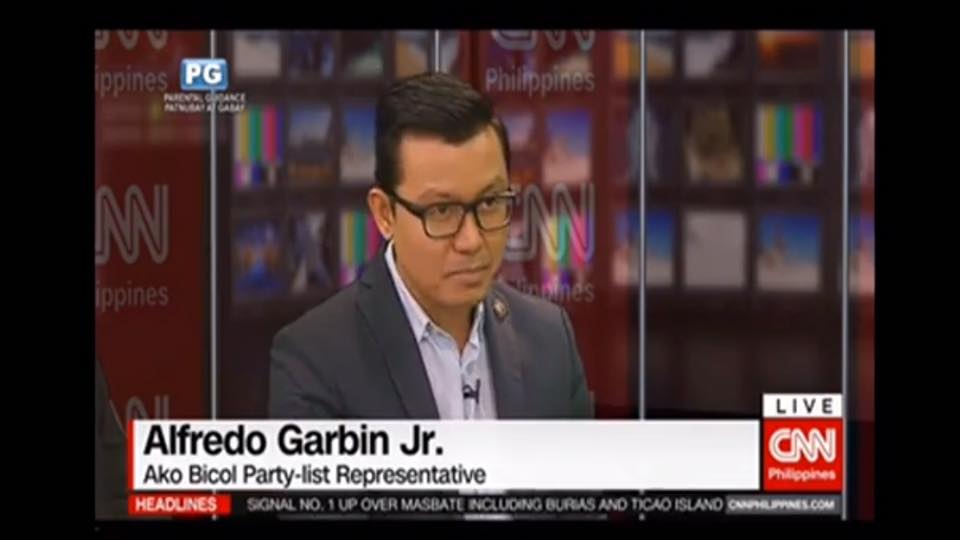