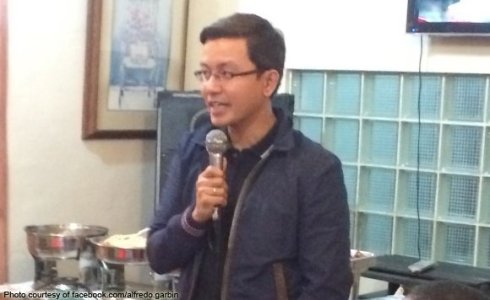 “Journalists play an integral role in society, being our watchmen, the fourth estate, and the envoys of truth,” said Garbin, “the way stories are reported matters, the accuracy, truth and fairness of the news matter, but the lives of the people being reported also matter.”

Garbin points to Mayor Rosal’s alleged association in the illegal drug trade especially in the context of the political climate, where President Rodrigo Roa Duterte is aggressively fighting the war on drugs. Two Facebook users accused the Legazpi City Mayor of being a drug coddler, a report which reached local Bicol media. Mayor Rosal had to organize a press conference and call for the testimonies of police officials to clear his name from the black ‘propaganda’ which had already circulated in social media.

“Mayor Rosal handled the situation professionally – calm, collected, and with proof to show the allegations were baseless – but the fact he had to go through the trouble of organizing a press conference to clear his name when none was needed in the first place is alarming,” said Garbin, “mature and professional journalists verify facts through research and present all sides of the story”.

Garbin’s points to Duterte’s scolding of journalists, where the Chief Executive classified journalists into three groups: the vultures of journalism, the mouthpieces of vested interests, and the crusaders of the truth. The first group pertains to those bribed to keep their mouth shut, the second relates to those who defend businesses and enterprises, and the third refers to journalists who report fairly and justly.

“Being a crusader of the truth should be the standard,” said Garbin, “the pen is mightier than the sword and our journalists have the responsibility of using their skills to good use given the amount of power they have in their hands.”